First thing, I love my new PC doc, it’s like she’s my soulmate. Talking with her just felt right and to end up with a doctor who just gets you from day one, who you chose by chance? This has never happened to me before.

Second thing, almost on a whim I got an IUD placed. Holy cats, that was so much more painful than I thought it was going to be. To give more detail than perhaps is necessary, I have never been The Girl With The Ominous Period. Like, I would be in and out of the Red Tent in a day, unsure if I ever had cramps, or maybe I ate a bad pomegranate. I had never purchased Mydol, never reached for Ibuprofen, never needed a hot rice bag (though I have two, I just really like being warm). I was expecting this IUD situation to not be so bad, because nothing surrounding my period was ever painful.

I hadn’t planned on doing it that day. My doctor, in one of those random bits of amazing luck, had a cancellation for the appointment after mine, so when I mentioned it, she asked if I just wanted to do it right now. This was awesome, and she did a pap smear and STD testing all at the same time, because she is an efficiency BOSS. It was less than ideal however as I had not prepared by double dosing myself with painkillers beforehand, and because I was by myself, and didn’t bring anything I may have needed. 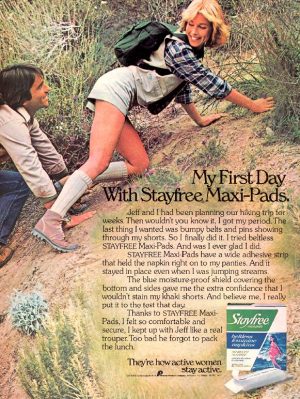 So I am sitting there, and she is telling me that placing them when you are on your period is much easier as your cervix is dilated, and giving me fun facts about how some women who are going through menopause use this while they are waiting in line to have surgery, and end up cancelling their appointments because it eliminates your period. So I am listening and she places the IUD and it’s like, the width of a spaghetti noodle and I cramped in a way I never had, it was so painful, and after it was placed, it did not go away. She explained that the cramping pain can last a few days sometimes, and to take a painkiller at home, and that it’s not that my body is actually being injured, but that it’s essentially sending pain responses because there is a foreign object in there.

It felt the way horrible cramps had always been described to me. It didn’t feel like bloated cramps, it felt like a UTI and a muscle spasm at the same time inside me. My doctor mentioned that if my partner felt the “strings” and complained, I could tell him to shove it, because I had taken responsibility for both of us and had a foreign object inside me that was a huge pain, OR she said she cut them long to make it far less noticeable and taught me how I could “wrap it.”

I was all set, and the doctor left me to relax before leaving, but I stood next to the bed leaning against it and focusing on my breathing for longer than I would like to admit. I mean no insensitivity, but I would not be able to handle childbirth. I would not be able to handle the periods some of my college buddies described to me, I am much weaker than I thought I was.

I walked out of the room and headed to the lobby to make a follow up appointment. I did make it into the full room of people, I could see the front desk, I looked at the nurse behind it, said, “it’s OK, but I am going to pass out, sorry,” then sat down and lost consciousness.

My bad ass doctor explained that there is a certain type of fainting, when our body is confused, when there is something new in on or around it, where it has to say, hold on a min, what is this? It shuts down just in case the problem requires more attention. This is why some football players pass out when they get stuck with a needle.

I tried to drive to work, got there, vomited, got back in my car, drove home, and then proceeded to just lie down and hurt. My boyfriend fussed and tried to find a remedy, and I had two of the loveliest ladies I know come over and cuddle with me in bed to watch Anaconda. It turns out I have pretty legit friends, but I was in pain nonetheless. Katy brought me a topical treatment with willow bark to “put on your fupa, not that you have a fupa, but just, y’know, you know where that is.”

At the end of the day, it didn’t really make a difference what I did, I was just stuck with “general pain” for two days, and “mild discomfort” for one day. The pain was cramping, but any ladies out there who are like me and say, well that’s not that bad, I didn’t and you don’t know what real cramping feels like. Your friends who sometimes missed school on their periods were not faking sick. When I talked to people about what to expect, they assumed I understood these simple lessons in womanhood.