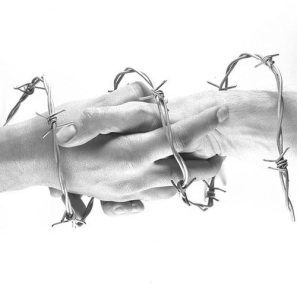 I have fallen in love with a boy who my friends detest, and I’ve been keeping him as my personal, wonderful secret. He speaks of a love for the sea and tells me that he has a little boat that he’d love to take me out on sometime. He knows of a particular cove where hundreds of sea otters gather, and once the weather was warmer he promised we’d explore it together. 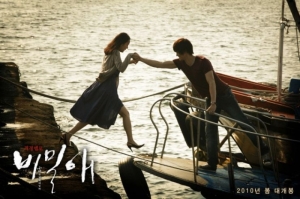 I am a curious creature, so of course, I let it get the better of me and decided to sneak a peek at his boat on my own. I walked down to the marina, past cold sandy beaches and gray waves and peered about for his boat. Walking out onto the docks was a precarious business as the lightest step caused tremendous snapping and cracking of the sea ice that had frozen around them. The entire marina was so sheltered from the ocean that the whole area was iced over and small drifts of snow had collected between the boats. I noticed steam coming from behind a particularly sweet looking vessel painted a beautiful emerald-green. I was careful to step with care and held the railings of the boat to steady myself lest I tumble to an icy death.

Reaching the other side, I could tell that the steam was coming from a wide hole that had formed, creating a dark puddle of black on a pristine white landscape. Suddenly the water seemed to well up and out popped the heads and torsos of two sea otters. I was enthralled and charmed to see them so close up! I stood there oblivious to the world and watched them resting blissfully. I was completely unaware that a group of my friends had gathered behind me.

They startled me out of my trance and asked what in heaven’s name I was doing. I stuttered something unintelligible and tried to laugh it off and get them away from there as fast as possible.They recognized his boat immediately and decided that they’d throw rocks at it. I stood behind them dumbly as they smashed out its little windows and made dents in the hull, unable to stop them.

Hearing a car pull up I turned around just in time to see the boy watching them ruin his boat from his car window, and then, his gaze turned to me, doing nothing to stop them. He looked as if he might cry, then quickly sped off. I began to scream at my friends to stop and that they were horrible. I couldn’t stand to be near them and went to the roadside to flag down a ride, but my gesture of goodwill had gone unseen by the pair of eyes that had needed to watch. 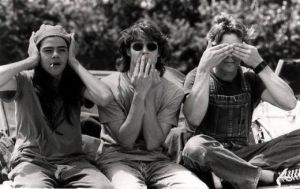 4 thoughts on “Too Little Too Late”