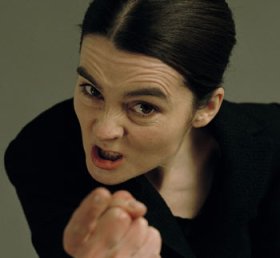 You're never fully dressed without a smile...

I’m in a house of horrors, not a fun place to be, so naturally, I find the matron and request that I be allowed to leave. She (almost predictably and with an ominous tone), tells me, “you can attempt to escape, as many have dared before you, but you can never leave!” I’m sure she meant to terrify me out of my wits, but I couldn’t help giggling as Hotel California began to play in my head.

She has managed to get on my less than sugary side however, and so my attempt at escape involves kicking out a beautiful (and hopefully expensive) stained glass window. An angry little bald man sits in a powder blue corvette convertible, waving madly at me to get in, (I love it when my dream provides me with a driver), and so I quickly jump into the passenger seat.

A '54 convertible too, light blue.

The only thing that grieves me now is the absence of a scarf to flow behind me in a picturesque fashion, (my dream should have thought of this). As I look behind me to hopefully catch a glimpse of the shrewd matron as she witnesses my escape, I see that the house has sprouted limbs and is lumbering along behind us. I am not worried but excited to be in the car with the little fat man, red from the pressure of dipping around corners and speeding through intersections. 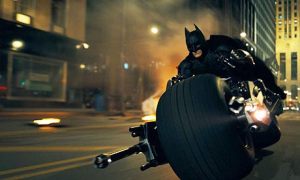 So... Maybe not quite this dramatic

I watch the house as it slowly loses steam and eventually comes to a stop far behind us. I am just about to pull out champagne for a toast to our escape, when a discouraging thought arises. I couldn’t be sure but that house looked a lot like Howl’s Moving Castle, and if it was losing steam, and eventually breaking down, did that mean Calcifer was in trouble?! I was immediately terribly distressed.

A most notable mote

One thought on “All Bets Are Off for Calcifer!”